Uncategorized
2 comments on even the odds

The ultrasound found a “subchorionic hemorrhage”. A small tear where the placenta had ripped away from the uterine wall. “Not to worry, these usually heal themselves.”

And at 8 weeks I had not seen my belly swell, had not felt her dancing within, had never even looked into her eyes. I had no idea the scent of her sweat against my skin. Knew nothing of her voice. Her suckle. Her perfect, pouting lips.

Even still – a deep fear and swirling nausea encircled me at the thought of this child being stripped, literally, from my womb. It loomed and teased me for four weeks until I had another ultrasound to see if it was “healing itself,” and it was. One hundred percent. Like it never existed. Had I not had an 8 week ultrasound the presence of such a thing would have never been known.

Odds. Odds of a subchorionic hemorrhage ending in miscarriage 3 in 100. Odds of having a baby with Apert’s syndrome 1 in 200,000.

Odds are I’ve included “odds” in my daily thinking and it has not been beneficial. It used to be that I would buy a scratch-it ticket and hope to be that “one.” Now, somedays I expect to be struck by lightening, twice. 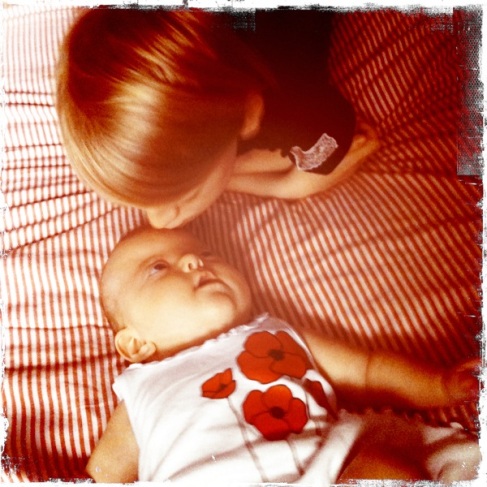 It’s six days until surgery. I want so badly to be on the other side of this. Every thing is going in slow motion right now. I have so much to do with packing and such, but the only thing I can focus on is the countdown. I’m fixated. Absolutely useless until it’s over, and she smiles.

2 responses to “even the odds”